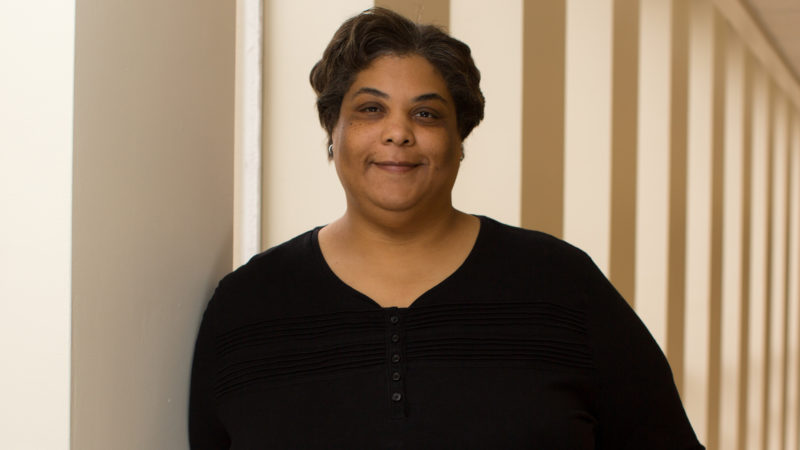 (This event is a reading/lecture)

Content Warning: The speaker and discussion may make mention of several forms of trauma, including sexual assault, abuse, and sexual violence.

Roxane Gay is an author and cultural critic whose writing is unmatched and widely revered. Her work garners international acclaim for its reflective, no-holds-barred exploration of feminism and social criticism. With a deft eye on modern culture, she brilliantly critiques its ebb and flow with both wit and ferocity.

Words like “courage,” “humor,” and “smart” are frequently deployed when describing Roxane. Her collection of essays, Bad Feminist, is universally considered the quintessential exploration of modern feminism. NPR named it one of the best books of the year and Salon declared the book “trailblazing.” Her powerful debut novel, An Untamed State, was long listed for the Flaherty-Dunnan First Novel Prize.

Roxane co-hosts Hear to Slay with Tressie McMillan Cottom – a podcast with an intersectional perspective on celebrity, culture, politics, art, life, love, and more. She is also a contributing op-ed writer for The New York Times, was the co-editor of PANK, and formerly was the non-fiction editor at The Rumpus. Her writing has appeared in McSweeney’s, The Nation and many other publications. She was the first black woman to ever write for Marvel, writing a comic series in the Black Panther universe called World of Wakanda.