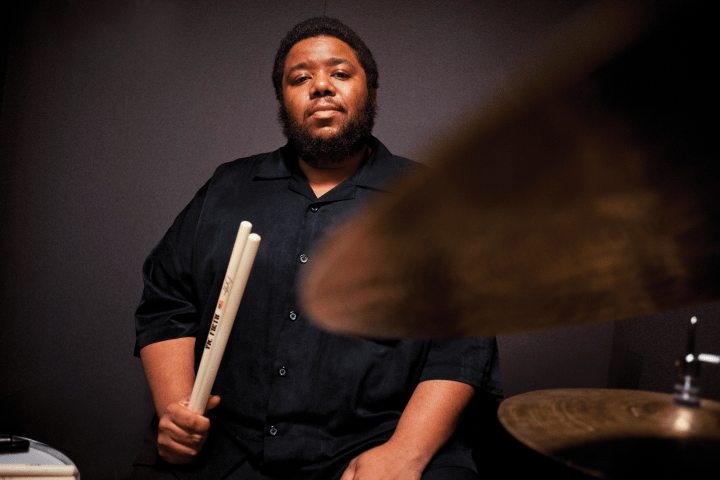 (This event is a live music performance)

Multi-instrumentalist and composer Tyshawn Sorey is celebrated for his incomparable virtuosity, effortless mastery and memorization of highly complex scores, and an extraordinary ability to blend composition and improvisation in his work. The New York Times has praised Sorey for his instrumental facility and aplomb, “he plays not only with gale-force physicality, but also a sense of scale and equipoise”; The Wall Street Journal notes Sorey is, “a composer of radical and seemingly boundless ideas.” The New Yorker recently noted that Sorey is “among the most formidable denizens of the in-between zone…An extraordinary talent who can see across the entire musical landscape.”

Sorey has released seven critically acclaimed recordings that feature his work as a composer, multi-instrumentalist, and conceptualist. His latest, Pillars (Firehouse 12 Records, 2018), has been praised by Rolling Stone as “an immersive soundworld… sprawling, mysterious… thrilling” and has been named as one of BBC Radio 3’s Late Junction 2018 albums of the year.