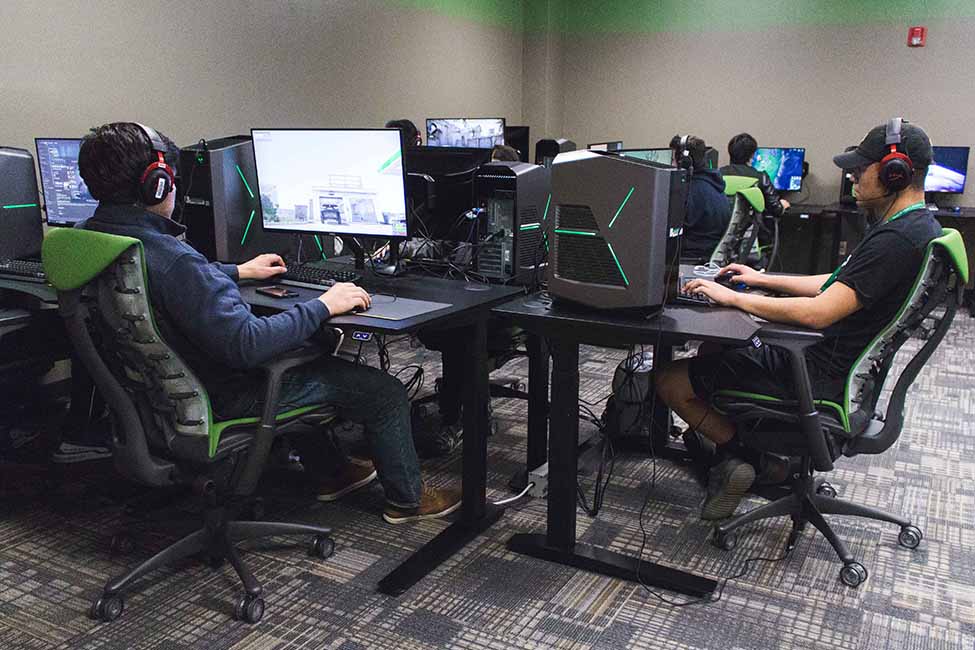 Update: The UNT Heroes of the Dorm team placed in the top 8 or “Heroic Eight” for the Heroes of the Dorm competition. The Overwatch Tournament hosted by UNT Esports in the Lyceum on April 16 was a big success with approximately 475 attendees. Check out media coverage of the event and the program here.

The University of North Texas is proud to announce the launch of its varsity esports program, with teams that will compete at the collegiate level. UNT Esports is a newly formed program housed in the Division of Student Affairs’ Recreational Sports department. This fall, UNT will begin sporting four teams (Hearthstone, Heroes of the Storm, League of Legends, and Overwatch) to compete in the 2018-2019 season for collegiate esports. Tryouts will be held in April and are open to currently enrolled UNT students. More information can be found here.

UNT’s first collegiate esports team is currently participating in Tespa’s Heroes of the Dorm, the official league for collegiate students to compete in the popular multiplayer online battle arena game Heroes of the Storm (HotS).

The UNT HotS team had an impressive record during the regular season, going 12-1 in regional competition. The team, ranked as the 4th best team in the U.S., received the #4 seed and has begun competing in a 64-team, March-Madness-style bracket that started on March 28. The team won its first game, beating the University of Arkon 2-0 with a six-level lead on game two, and will advance to the top-32 bracket games next week. The final four teams will be flown to a live tournament in Irvine, California, on May 12 to claim the top scholarship prize and the title of best collegiate Heroes of the Storm team in the U.S. The tournament will be awarding more than $500,000 in scholarships and prizes to students that place well in the post-season championship bracket.

In addition, UNT Esports will be hosting a full-production Overwatch Tournament on April 16 at 5 p.m. in the Lyceum. Six teams of UNT students will be competing, along with an announcer (called a castor) to offer helpful analysis and commentary. In between matches, there will be information presented about the new esports program and The Nest, UNT’s gaming facility located in Chilton Hall.