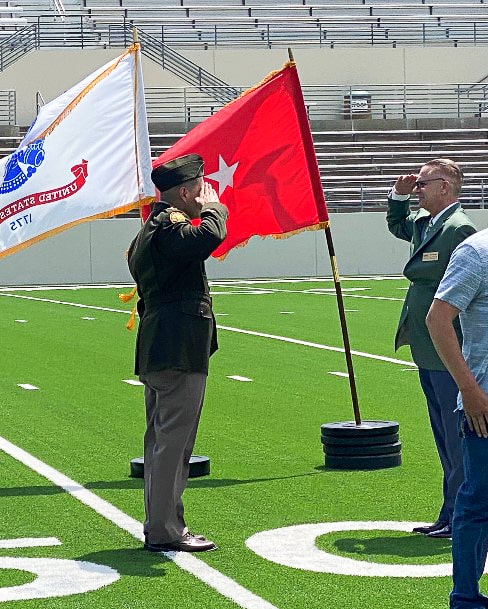 When Roger Hernandez attended Graduate Orientation in 2018, Student Veteran Services (SVS) director Jim Davenport made a lasting impression on him.

In fact, he had such an impact on Roger that he asked Davenport to pin him during his Army ROTC commissioning ceremony.

“My time in the Army taught me that whenever somebody goes out of their way to help you, you recognize them and appreciate their effort,” said Roger Hernandez. “Throughout my two years attending UNT, I noticed Jim go out of his way for several veterans, myself included. Jim was my first and only choice for this honor because I knew of the sacrifices he has made while in service and the impact he has had on the university.”

During the ceremony, newly-commissioned officers from all branches of service present a silver dollar to the first service member to salute them. Typical “first salutes” come from current or prior enlisted family or friends of the new officer, or among one of their commissioning source instructors. Hernandez requested chose Davenport for this honor because he remembered him from orientation and felt that he was always helpful when he attended classes at UNT. 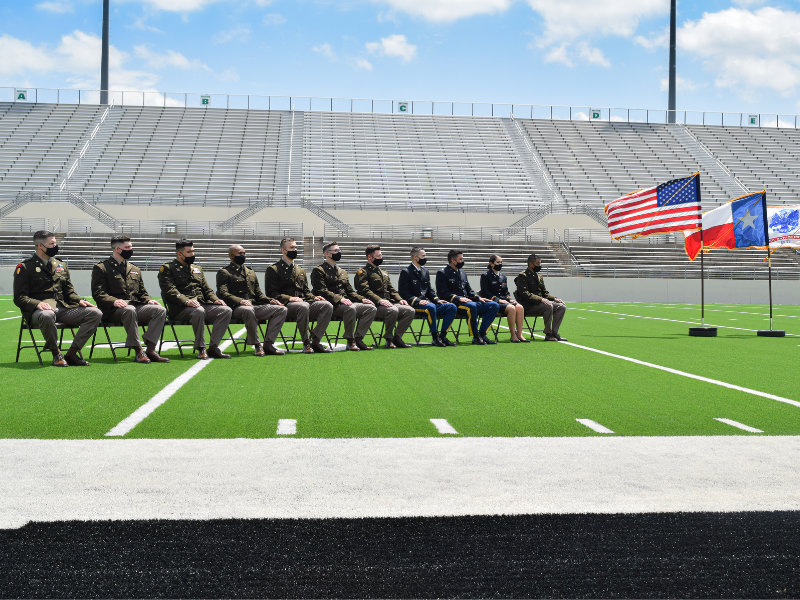 “Roger came to visit UNT where I gave him a tour of the campus, helped him with the admissions process, and introduced him to the UNT Army ROTC,” said Jim Davenport, a retired Army veteran. “He asked this spring if I would be his first salute which was the first time I did a first salute for an army officer. I was honored when he asked me to do that for him and it was one of the biggest honors during my military career.”

While having this type of impact on students, is not new to Student Veteran Services staff, Davenport said it is not something they take for granted.

“I have sat where these students are sitting; I understand the struggles these students face and I care about their success”, Davenport said. “Student Veteran Services is here to help.”