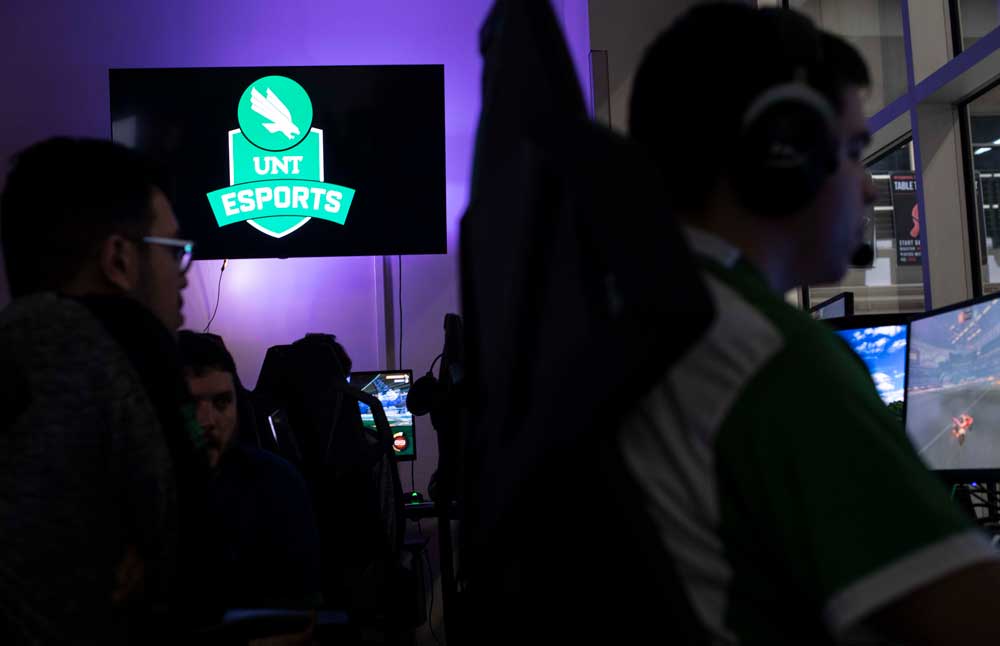 The area located inside the Pohl Recreation Center provides practice and meeting space for UNT’s Rocket League and Hearthstone teams. The Eyrie is also utilized for the teams to replay their matches to prepare for upcoming competitions.

“The Eyrie is great as it creates a home for our family of esports athletes,” said Dylan Wray, UNT Esports Coordinator. “A place where they can push themselves to be the best they can be, but also a place they can come to in-between classes and game.”

UNT esports partnered with ViewSonic who provided 15 state-of-the-art monitors for the facility. Wray said that the esports program is providing research for ViewSonic on how their products help esports athletes.

“This partnership allows our students have access to some of the best monitors on the market, which gives them an extra edge in their matches, while also allowing the University to host large-scale events that cater to more students,” said Wray.

“We are happy to have equipped UNT’s new esports practice facility,” he said. “As esports continues to grow, ViewSonic is committed to elevating esports teams, like UNT, and learning more about the needs of gaming athletes.”

UNT’s esports is continuing its accession as a program to watch with its Rocket League team recently placing second in the U.S. in the Collegiate Rocket League National Championships. In early December, the team will be featured on the TBS show ELEAGUE.