During training in October Levingston and Davenport, both attended Levingston noticed the military patches on Davenport’s messenger bag.

“I noticed James’ patches on his messenger bag and began to ask questions,” said Levingston.

After talking, they soon realized they were stationed in Nuremberg, Germany at the same time 30 years ago.

“Old soldiers always can rally on the point that we served, but when we found out that we were actually at the same time at the place, that only solidified our connection,” said Levingston. 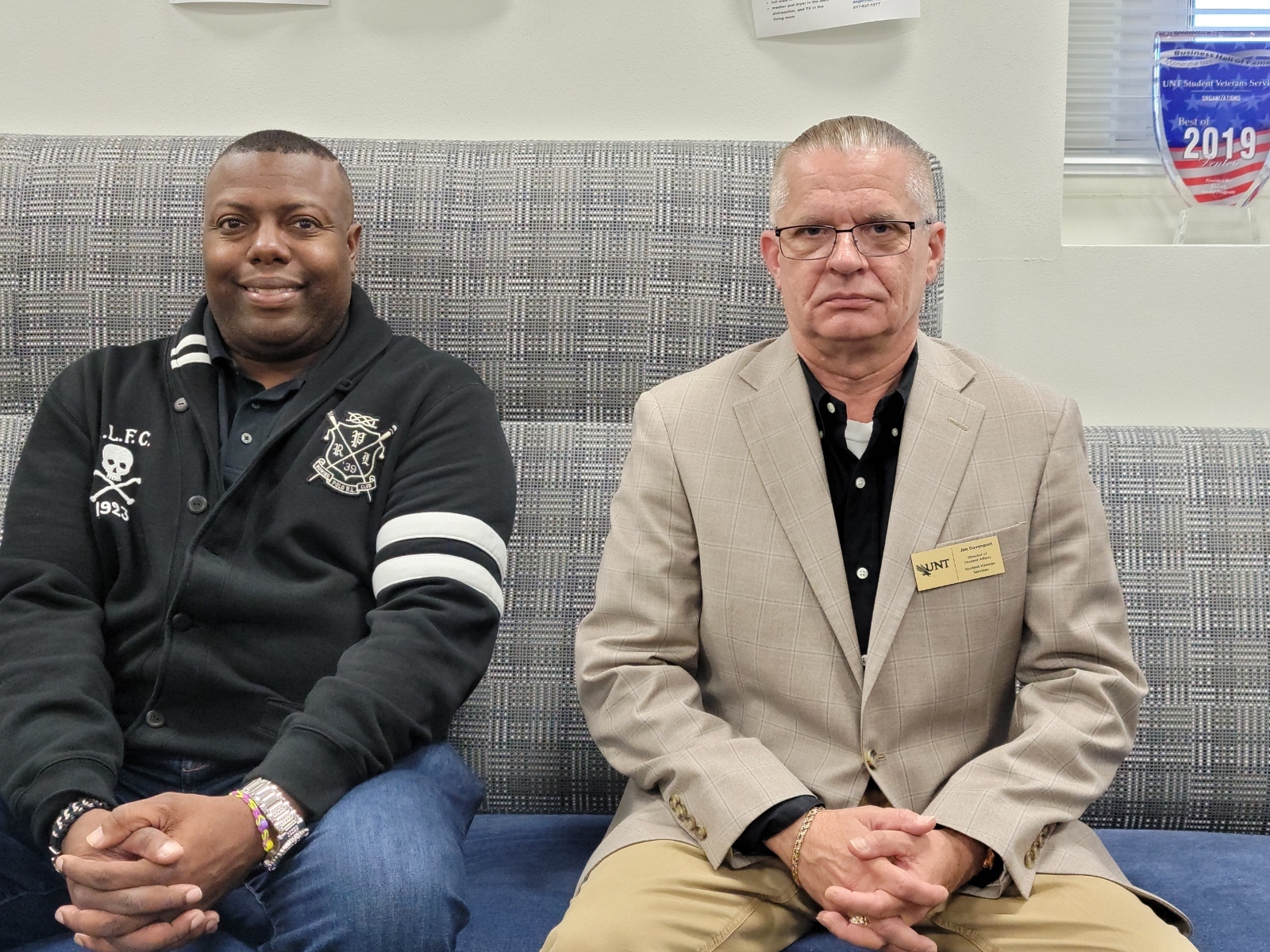 “We were both stationed in the Nurnberg military community in the late 1980s and early 1990s but we never knew each other or formally met when we were stationed in Germany,” said Davenport. “We talked about being former enlisted soldiers 30 years ago and never envisioning we would be working for a major public university.”

“Since the initial meeting, whenever I am near Sage Hall, I always drop in to see my buddy and am warmly welcomed as a veteran and friend,” said Levingston.

To learn about the programs and services offered by UNT's Student Veteran Services, visit studentaffairs.unt.edu/student-veteran-services.