Rho Lambda, the National Sorority Leadership Recognition Society, was founded at the University of Miami in 1962. In 1974, Rho Lambda received permission from the National Panhellenic Conference (NPC) to become a national organization. By the end of 1975, there were 20 chapters nationwide. In 1987, Rho Lambda became international, colonizing at the University of Calgary in Alberta, Canada. In 1998, Rho Lambda began admitting all sorority women based upon minimum requirements; hence, membership was not limited to only members of the NPC organization. The Greek letters Rho Lambda stand for Panhellenic Leadership. Those who are leaders light a torch in the darkness for others to follow, and the flame is the symbol of Rho Lambda. The purpose of Rho Lambda is to honor those women within the sorority community who have exhibited the highest qualities of leadership and service to their CFSL community and their sorority and who have furthered the ideals and principles of the CFSL community. They are women who have furthered the ideals and principles of the CFSL community throughout their years of sorority affiliation.

The Gamma Alpha chapter of Rho Lambda chapter was founded in 2007 at the University of North Texas.

For more information about the Gamma Alpha chapter of Rho Lambda please contact us at cfsl@unt.edu. 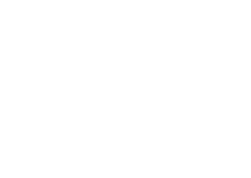